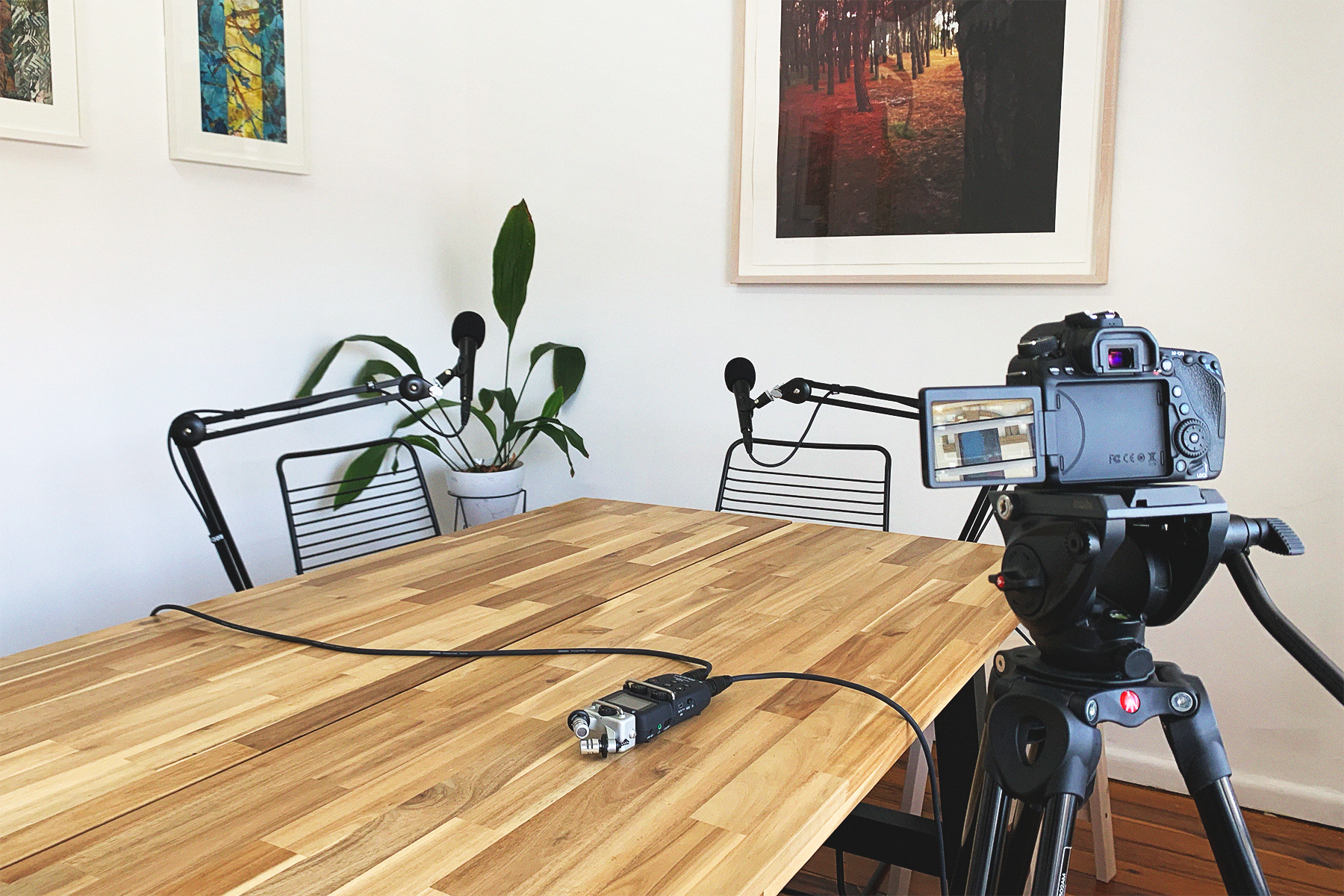 If you didn’t know already, we have started our own little Youtube channel under the name Day Rates!

Miles and I sit down once a week and talk a bit about a certain topic centred around the creative industry, whether it be about money, inspiration, studio life or anything in between.

This little venture came about because we wanted something more than just your everyday client work, week in and week out. Don’t get me wrong, we love our clients and what we’re able to do for them, but we’re at that stage in our careers where we’re finding ourselves wanting an outlet that isn’t just pushing pixels on a screen.

The typical route a Motion Designer/Animator might take when feeling this way is most likely going to be a personal project, usually a short film or something similar, but for us, a Youtube show was a no brainer as we’re both avid watchers of so many channels and video podcasts on the platform, we just had to muster up the courage to get in front of the camera and do it.

The plan was simple, start uploading a video a week and count the bags - lol jks, we just hit 21 subscribers 🎉 - but for real though, what were we going to talk about? Youtube is full of channels and shows talking about the creative industry in more ways than one and it would be pointless for us to keep regurgitating the same old shit. So we thought about all the channels we watched when we were coming up and noticed none of them were Australian and they were majoritively aimed at creatives on a somewhat higher level regarding career and skill level.

As motion design is a fairly new industry and we had to learn a lot of this stuff by ourselves, we thought why not just talk about our journey with it? And if we could share any tips for young designers or even get a few laughs along the way then that was good enough for us!

We’re now 11 episodes (and a few lost tapes) deep and it has become almost like therapy for us. Having an hour long chat every Friday morning about work and creativity has helped us clarify a lot of things and even helped us take bigger leaps as a studio and as people.

It might not look much from the outside, but we’re loving every minute of making this little show and we have big plans for it in the future, even if it’s only our parents watching.